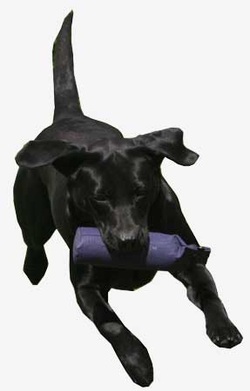 First things first you need a steady dog and one that can heel and sit beside you off lead. This is because during a test your dog will be off lead at all times. Dummies will be thrown; shots from a starter pistol will be fired etc but you will not be able to send your dog until the Judge tells you to. So it is really important that your dog is steady to dummies and gunfire (shot) and being around other people and won't run in, because if he/she does that's most certainly a zero out of a maximum of twenty points on your scorecard. For further information on what a Working Test is see our other article - Unleash your competitive side - gundog Working Tests

The sorts of exercises you might get a Novice Handler/Novice Dog Working Test (NDNH) aim to test that you have covered the basics with your dog, so this includes:

1. dog is steady to thrown dummies/shot

3. dog sits and stays when requested and at a distance away from the handler for any given time

5. dog retrieves dummy to hand, so doesn't spit it out (drop it) in front of handler or runs circles round handler etc

6. dog can take directions, so handler is able to cast dog left or right (not always tested) and/or line dog up for a particular retrieve and the dog runs out in the correct direction

7. dog can stop on the stop whistle (again not always tested but you may need this if things go awry and be therefore able to demonstrate this)

9. dog swims and is able to retrieve dummies from water and return them to handlers hand, hopefully without spitting the dummy out in favour of a shake, although at NDNH level this will rarely see you get a zero you'll just lose a few points

10. dog is able to clear/jump an obstacle such as a fence to retrieve a dummy from the other side

11. your dog is a good natural hunter and can even hunt on command if needs be

4. handler sending dog before requested by the Judge

5. if two dummies thrown, the dog picking the wrong one or swopping dummies

Sorts of tests at a NDNH test might include:

2. Double retrieve with the second dummy unseen and placed in the some position that the dog retrieved the first ‘seen’ dummy from

3. Double retrieve with both dummies seen but at some distance apart and the Judge will ask you to pick them in a particular order

4. An unseen dummy i.e. 'blind' usually down a track of sorts and usually around 50m in distance

5. A seen retrieve from water with or without shot

6. A seen retrieve over a low fence

7. A walk up with shot, off lead and to heel, with two or three other dogs and their handlers taking it in turn to retrieve a thrown dummy to shot as per Judge's instructions

8. Retrieval of 2 out of a possible 3 dummies lying hidden in deep cover - usually woodland scrub - often with gunshot out of sight to begin with